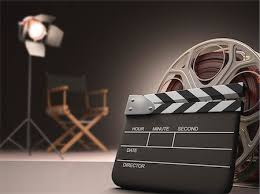 Is there any point in trying to set out one's personal criteria for judging fiction, plays and films? I think there is. For me good writing etc. represents human realities without undue simplification, sentimentality or ideological distortion.

Let me explain what led me to address this question in the first place. Prompted by what I see as an ongoing crisis in the education sector and beyond, I have been trying to articulate (on this site and elsewhere) a knowledge-based approach to education and culture. Formal education, I argued, needs to be firmly knowledge-based if it is to resist the tendency to become a vehicle for various kinds of propaganda. But my concerns are with the broader culture, not just with education.

Knowledge and truth are concepts which can be applied to the propositions and theories of the various sciences, to claims made in ordinary life, and also – in a sense – to artistic representations.

Most forms of knowledge are practical. But knowledge doesn’t necessarily have to have a use to be worthwhile. Science, scholarship and general knowledge add to our understanding of the world and ourselves and so have intrinsic value even when there are no practical applications.

Those activities generally seen as constituting “the arts” have an unusual status. They are practices but (apart from traditional crafts) they are detached from mundane reality and are not “useful” in the normal sense of the word. In a general sense, the arts could be seen to involve an extension into the adult world of aspects of the childhood practice of play.

There are definitional problems with the concept of art: the term has a positive connotation but is intrinsically vague. But we can still talk sensibly about particular art forms and make reasoned assertions about particular kinds of object or product (novels or films, say) or individual works.

Serious imaginative literature and cinema can be seen as making claims about the world and human experience along the lines that life and human experience is like this. These claims are necessarily implicit and indirect and typically engage the emotions as much as or more than the intellect.

Even apparently explicit claims within artistic works are not direct claims. For example, explicit statements in the dialogue or narration of a novel or film are embedded within an imaginative construction and cannot be taken solely at face value. The statements are actions within a world which is not our world – at least not in a literal sense.

Literary and cinematic works seek to engage us in imagined worlds. These worlds may or may not be plausible representations of recognizable aspects of the world we know, or of our own subjective personal and social lives.

Truth in literature or cinema, then, means something like true to some aspect of life as we experience it. We respond: Yes, that rings true; that’s how it works, that’s how it feels.

Or not, as the case may be. All too often the representation in question is false in one way or another. It may be simplistic or sentimentalized or ideologized. In such cases we are being presented with a distorted or impoverished version of reality.

In a sentimental novel or film, cheap tricks are used to manipulate the emotions. Sentimentality is the antithesis of art and the antithesis of truth. Does it matter if people enjoy this sort of thing? Perhaps not. But sentimental thinking is very insidious and can distort the way we think and see the world in serious ways.

To the extent that a writer exploits sentimentality, he or she is less of a writer. Charles Dickens, for example, had great rhetorical energy and inventive powers. But his personal and social understanding (as it is reflected in his novels) was marked by a strong tendency to sentimentality.

I won’t talk here about ideology except to say that art is not about propagandizing which is, of course, a form of manipulation. Though propaganda often exploits artistic forms, it does so to the detriment of the artistic integrity of the work in question.
Posted by Mark English at 2:11 AM