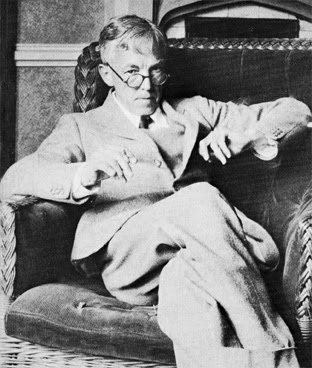 Last month I listed a number of topics (mainly linguistic, psychological and historical) I have been thinking about. The last item on the list was the most philosophical, relating to the challenge that mathematics can be seen to pose for empiricism.

Mathematics is often presented as a deep and interesting area of knowledge which is somehow independent of the empirical world. Well, it certainly is a deep and interesting area of knowledge, but it is also very much a product of physical brains interacting with the wider physical (and cultural) world. Sure, it operates at a very high level of abstraction; and, sure, many mathematicians are mathematical realists (or Platonists) who feel themselves to be exploring (and discovering things within the context of) an independently-existing and non-empirical realm.

But the old idea of a realm of pure mathematics without applications (promoted by mathematical Platonists such as G.H. Hardy) is looking increasingly forced and dated (i.e. tied to a particular cultural tradition). It's well known that ideas from pure mathematics often find subsequent – and unexpected – applications. Non-Euclidean geometries, for example, were originally developed in the 19th century as pure mathematics but subsequently found applications in cosmological theories.

What Hardy shied away from particularly, however, were technological applications. He would not have been happy that his own area, number theory, which he loved for its purity and uselessness, turned out to have important applications in computer science.

Cantor, of course, was also a Platonist. I was looking again at his 'diagonal argument' which shows that the set of real numbers is not countable (denumerable) – so that some infinite sets (as George Orwell might have put it) are more infinite than others.

But I always feel uneasy when infinities (even common or garden variety infinities like the sequence of natural numbers or the expansion of pi) are built into arguments. Cantor's argument is clever and convincing in a sense, but the (infinite) matrix on which it is based is merely imagined (or postulated, or projected).

So it seems that I am an intuitionist, but I can't really say at this stage whether I'm a finitist also. (The latter only recognize mathematical objects which can be constructed from the natural numbers in a finite number of steps).


Another topic I've been thinking about is panpsychism. What prompted my (renewed) interest was coming across a philosophically-oriented blogger with a PhD in theoretical physics whose nom de plume happens to be 'Panpsychist'. He had made some intriguing comments on a post by Massimo Pigliucci on reductionism in science and invited people to continue the discussion on his site. (Massimo has set limits on comments at Scientia Salon.)

I followed quite closely but didn't participate in the reductionism debate which was characterized by a certain degree of terminological confusion, specifically about the meaning and application of certain terms used in the philosophical literature, e.g. "token physicalism" (which is associated with "supervenience") and "type physicalism" (which is associated with "strong emergence").

Panpsychism is relevant to the topic of reductionism in that it can be seen as a way of getting around the problem of reducing mental properties to physical properties.

'Panpsychist' rejects dualism and also rejects the idea of emergence, the idea, as he puts it, "that mental properties emerge from certain configurations of regular, non-mental matter." He says that reading David Chalmers convinced him that the standard idea of emergence was wrong because it failed to address the 'hard problem' of consciousness. He also argues against the view that panpsychism is an essentially religious position.

Some time ago I considered and rejected David Chalmers' take on the so-called hard problem of consciousness as unconvincing and unscientific. Basic to his approach is imagining beings that look and behave just like humans but lack conscious awareness; logically coherent perhaps but utterly implausible both in terms of common sense and in terms of science.* Biological creatures have various levels or degrees of consciousness or awareness or sentience: that's just how things work. And imagining a world in which quite arbitrary – not driven by scientifically-based reasoning – differences apply is merely idle speculation. Also, Chalmers-inspired approaches tend (as I see it) to be too much focused on human consciousness rather than on more primitive – and basic – forms of awareness from which the former ultimately derives. The sentience of simple life-forms is where the real (philosophical) interest lies, in my opinion.

I have also in the past seriously considered and rejected panpsychism, but I do acknowledge that the curious spectacle of an apparently inanimate universe producing sentient and ultimately conscious organisms – and so in a sense becoming conscious of itself – does give one reason to ponder the possibility that consciousness (in some form or other) is fundamental (in some sense or other).

Looking again at these issues, I note that the revival in panpsychism in philosophical circles (prompted in part by Chalmers' work in the 1990s) is being driven largely by 'process' thinkers. (It used to be called 'process theology' but the 'theology' is generally dropped these days and replaced with 'thought' or 'thinkers' or nothing at all.) It all goes back to Whitehead – and ultimately to neo-Platonism, I suppose.

I tried to read Whitehead a couple of times, but found him rather vague and wordy and (unnecessarily?) obscure. It's not just that he had grown up when 19th-century philosophical idealism was at its zenith and had internalized old idealist assumptions and ways of speaking because I've read and found interesting the work of F.H. Bradley who was not only an idealist but had far less mathematical and scientific knowledge than Whitehead. I think perhaps Bradley had keener insights into human psychology than Whitehead and so was more grounded. He also had a better prose style, which is often a sign of groundedness.**

Despite not warming to Whitehead's work (or that of his followers), I do like the idea of seeing fundamental reality as process rather than 'stuff'. (The fact that matter and energy are functions of one another makes old-fashioned materialism unviable.)

And finally, returning to mathematics, I see the natural numbers also in terms of process: namely iteration.***

* As I see it, logic derives from and is intimately related to mundane real-world and scientific reasoning. Logic may be an independent discipline but this does not entail that the subject of the discipline constitutes or forms the basis of some kind of alternative reality.

** Heidegger comes to mind here also: despite the excesses and idiosyncrasies, his language meshes with reality somehow (at least some of the time!).

*** As they are expressed, for example, in Church's lambda calculus. On the whole, Church is a bit too abstract (and Platonic) for me however.
Posted by Mark English at 5:13 AM No comments: