Cats and dogs and binary thinking

[This is a slightly modified extract from an essay of mine on attitudes to cats and dogs and binary thinking which appeared last month at The Electric Agora.]

There are cat lovers and there are dog lovers, and there is a widespread assumption that behind this distinction lies something that goes beyond arbitrary preferences and reflects our deeper natures. A temptation to amateur psychologizing kicks in here which I am going to resist. But clearly dogs and cats themselves inhabit quite separate moral universes.

Earlier this year, in a piece in the Washington Post, Gene Weingarten touched on a crucial difference between cats and dogs from a social-interaction-with-humans (i.e. from a psychological or if you like ‘moral’) point of view. He is talking about a stray kitten he adopted:

"I haven’t yet learned how to discipline him effectively, because unlike dogs, who accept punishment with appropriate shame and learn from their errors, cats do not seem to grasp the concept of personal responsibility or atonement. Barnaby does not regard getting yelled at, or being put on timeout, as an occasion for attitudinal adjustment. If anything, he regards it as an opportunity for reprisal."

Weingarten is highlighting here a fundamental difference between cats and dogs in terms of their behaviour. Dogs are eager to please their human overlords. Cats please themselves.

Recognizing this, it’s not implausible to think that our preferring one to the other might say something important about us. A good many people (myself included) are tempted to play this game and to see themselves as tending to the feline or alternatively to the canine end of an imagined feline/canine axis.*

Of course, this is just one example of the binary thinking upon which so much human thinking and behaviour is based. The same type of thinking also lies behind all those “there are two kinds of people” sayings, some of which can be quite witty and apparently insightful. (For example, the interestingly self-referential proposition that there are two kinds of people, those who divide people into two categories and those who don’t.)

But, of course, this kind of thinking (based on unconscious, ‘quick and dirty’ brain functions, rather than on conscious reflection) is notoriously crude and inadequate to represent the real nuances and complexities of the social world. In the end, it probably tells us more about how our brains are designed, generically speaking, than about the world in general.

Many philosophers and psychologists have written about binary thinking. Even linguists. In fact it may be that all thinking is binary at some fundamental level. But binary thinking at the level of human judgments is problematic to say the least.

Some of us have this affliction worse than others. I am a pretty bad case, always wanting instinctively to take sides – on anything it is possible to take sides on. For me, all this drawing of lines is about orientation, a kind of mapping of logical space: me, not me; and, beyond that, good and bad forever, ad infinitum. Of course, my critical sense kicks in too – some if not all of the time.


* For what it's worth, I started out as a dog person but drifted catwards over time. 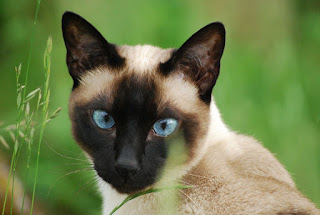 Posted by Mark English at 6:16 AM No comments:

A new piece of mine on our attitudes to cats and dogs has just appeared at The Electric Agora.

I am slowly reorganizing my internet activity. No drastic changes. This site will continue as usual as will Conservative Tendency, but I have recently set up three Google+ Collections to which I will gradually be posting old (often revised) material from here and elsewhere as well as new material. (The intention is to cross-post most of this material – the new material at any rate – to one or other of my blogs.)

The three Collections are: Social and Political Reflections; Jewish Identity; and – just opened – Language, Logic, Life (https://plus.google.com/collection/A3z7ZB).
Posted by Mark English at 1:56 AM No comments: