Bharath Vallabha used to be a regular contributor to The Electric Agora. He returned recently with a piece about how, in his view, some of the central and most polarizing debates of post-World War 2 academic philosophy were the product of a misreading of intellectual history. Both Gilbert Ryle and Richard Rorty were extremely influential and both gave a false picture of Descartes' thought and the Cartesian tradition more generally.

Here is Bharath on Rorty and Ryle and how his own views have changed:

[Rorty] went from being a Princeton philosophy professor and president of the APA to basically decamping to literature departments. He was right about problems with the direction of analytic philosophy, but it was a mistake to connect that criticism to Descartes et al.. Philosophy and the Mirror of Nature is no more a careful study of Descartes than Ryle’s Concept of Mind was... I think Rorty was reading a lot of what was wrong with analytic philosophy back into early modern philosophers. This kind of reading back led to Rorty being polarizing, because he was lumping together 300 years of thinkers in a way that divorced them from their historical context.

To be honest this is a new thought for me. For longest time I was on the side of Rorty and Ryle against early modern philosophy of mind and as it carried over into analytic philosophy... Rorty’s book says more about Rorty’s struggle with professional philosophy than it does about Descartes and Kant. It seems strange to me now that there is some special conception of mind common to Descartes to Nagel even given the vast differences in context of what being a philosopher is between them. My thought is if we let go of this kind of generalizing over centuries to tell who the good guys are and who the bad guys, would be easier to listen to each other – in ways for example Rorty and his Princeton colleagues couldn’t do. And in ways current traditionalists and social justice warriors now can’t, because both are wedded to historical generalizations.

Resentationalism versus Pragmatism, and fitting historical figures into those categories, forces a binary choice at every turn, in the present and in the reading of the past. There is then no way to rethink the terms of the debate. However, if one sees historical figures with new eyes and with greater openness to historical context, new, more productive conversations are possible.

I agree with this entirely. Like Bharath, I favour more historically-oriented approaches. And I too have only recently come to realize the extent to which Ryle was misrepresenting Descartes. Rorty distorted history also. He was worse than Ryle, in my opinion, because he let politics intrude into his professional work, and also because of his anti-science bias.

Despite his criticisms, Bharath made it clear that he values the writings of Rorty and Ryle (if not the work of their followers). I am less positive. Though I give credit to both Ryle and Rorty for their stylistic power and the thought-provoking nature of their best work, my reservations outweigh my sympathies.

I share Ryle's secular outlook and his commitment to an apolitical approach to academic work. But, in my opinion, any attempt to carve out a sacrosanct space, distinct from the sciences, for an academic philosophy of mind is fatally flawed.

In terms of general outlook, however, I am definitely further away from Rorty than I am from Ryle. I am close to the former on one matter only, as far as I can tell. I am sympathetic to his disillusionment with and drift away from academic philosophy. 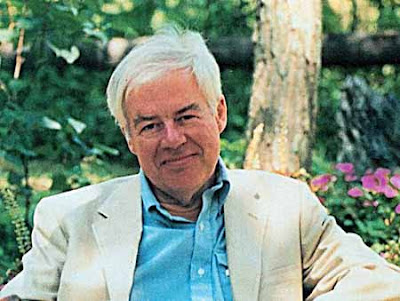 Rorty's roots were in literature (his father was a poet) and I understand that he took comfort in his final illness reading the likes of Swinburne rather than philosophical works. (Martin Heidegger – another master of historical distortion – followed a similar trajectory.)

Posted by Mark English at 8:01 AM No comments: