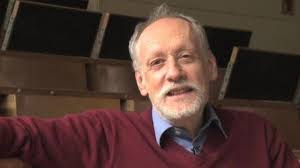 Einstein's rejection of the notion of time as we know and experience it was squarely based in classical physics and classical mathematics. One problem with such a view is that it assumes the existence of infinite information (e.g. infinite decimal expansions).

Nicolas Gisin, a physicist at the University of Geneva, wants to reformulate standard physics in terms of intuitionistic mathematics. This approach holds the promise of resolving some of the paradoxes and confusions which have bedevilled theoretical physics for over a century.

Information is physical. We now know that there are strict limits on how much information can exist within any specific volume of space.

Nathalie Wolchover writes: "The universe’s initial conditions would, Gisin realized, require far too much information crammed into too little space. “A real number with infinite digits can’t be physically relevant,” he said. The block universe, which implicitly assumes the existence of infinite information, must fall apart."

Wolchover's non-technical article on Gisin's ideas and reactions to them by fellow physicists is well worth reading. This is how it begins:

Strangely, although we feel as if we sweep through time on the knife-edge between the fixed past and the open future, that edge — the present — appears nowhere in the existing laws of physics.

In Albert Einstein’s theory of relativity, for example, time is woven together with the three dimensions of space, forming a bendy, four-dimensional space-time continuum — a “block universe” encompassing the entire past, present and future. Einstein’s equations portray everything in the block universe as decided from the beginning; the initial conditions of the cosmos determine what comes later, and surprises do not occur — they only seem to. “For us believing physicists,” Einstein wrote in 1955, weeks before his death, “the distinction between past, present and future is only a stubbornly persistent illusion.”

The timeless, pre-determined view of reality held by Einstein remains popular today. “The majority of physicists believe in the block-universe view, because it is predicted by general relativity,” said Marina Cortês, a cosmologist at the University of Lisbon.

However, she said, “if somebody is called on to reflect a bit more deeply about what the block universe means, they start to question and waver on the implications.”

Physicists who think carefully about time point to troubles posed by quantum mechanics, the laws describing the probabilistic behavior of particles. At the quantum scale, irreversible changes occur that distinguish the past from the future: A particle maintains simultaneous quantum states until you measure it, at which point the particle adopts one of the states. Mysteriously, individual measurement outcomes are random and unpredictable, even as particle behavior collectively follows statistical patterns. This apparent inconsistency between the nature of time in quantum mechanics and the way it functions in relativity has created uncertainty and confusion.

Over the past year [...] Nicolas Gisin, has published four papers that attempt to dispel the fog surrounding time in physics. As Gisin sees it, the problem all along has been mathematical. Gisin argues that time in general and the time we call the present are easily expressed in a century-old mathematical language called intuitionist mathematics, which rejects the existence of numbers with infinitely many digits. When intuitionist math is used to describe the evolution of physical systems, it makes clear, according to Gisin, that “time really passes and new information is created.” Moreover, with this formalism, the strict determinism implied by Einstein’s equations gives way to a quantum-like unpredictability. If numbers are finite and limited in their precision, then nature itself is inherently imprecise, and thus unpredictable. [...]

On this view the future is open (rather than closed or predetermined), and time is closer to how we experience it – and so intuitively envisage it to be – than most physicists have supposed.
Posted by Mark English at 10:51 AM 2 comments:

Is art a useful concept? 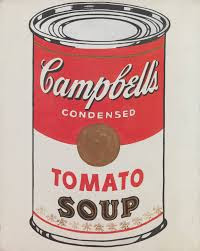 Daniel Kaufman recently talked about art and art criticism. His concerns were basically with what certain philosophers have said about these things. He explains that he used to accept Arthur Danto’s views but was persuaded (in part by reading Susan Sontag's essay, 'Against interpretation') that they were mistaken. He notes other philosophers' views which he also thinks are mistaken. And he suggests the outlines of an alternative view of art and criticism: “The idea, then, is that our critical engagements with works of art bring into existence extended, collaborative works, of which the initial artwork is only a first move; something for subsequent artists, audiences, and critics to “riff” off of…”

This, of course, leaves open the question of what counts as ‘art’ and who gets to say so. Does this matter?

Obviously, the word ‘art’ and its cognates are used in different ways. But basically it is a term which conveniently (or inconveniently) groups together and implicitly assigns a “special” status to a wide range of disparate activities/objects, contemporary and historical. That is, the term is extremely vague but generally carries a positive connotation.

I am not saying the word 'art' is meaningless or should not be used. But it cannot bear the weight that intellectuals often put on it. For one thing, it carries a lot of implicit (and dubious) metaphysical baggage and strong links to various kinds of philosophical idealism as well as to certain Romantic ideas. If (like me) you are uncomfortable with many of these historical associations and assumptions, this poses problems.

So also do institutional changes which have created a bureaucratized and self-perpetuating arts or culture "industry", significant parts of which are integrated into, or are directly or indirectly dependent upon, various levels and branches of government.

For me at least, the interesting questions are not about identifying "art" or about its promotion or support but rather about how we respond to and assess the aesthetic qualities of various specific products of human activity. The perceived value and worth of the activities involved will naturally depend, in many cases, upon such assessments.
Posted by Mark English at 10:27 AM No comments: