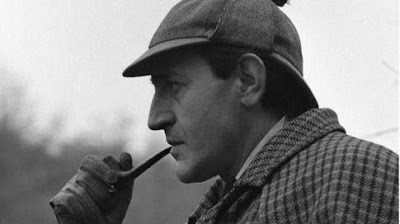 Is it acceptable to distinguish between, on the one hand, an account of the past (whatever kind of account it may be) and whatever it is which such an account is, or purports to be, about? I ask this question because I was challenged for using this form of words in a recent discussion with Daniel Kaufman. Not only would I argue that it is acceptable, I would say that such a distinction (or something very like it) is necessary to make sense of the very concept of truth-telling versus lying, or to make sense of the distinction between history and fiction, or between scholarship and polemics, or between science and pseudo-science (in the context of those sciences which deal with the past).

My point is that using the form of words I did does not necessarily commit me to a particular metaphysical view. One can, I think, use and understand such language and employ such a distinction whilst remaining completely agnostic about the nature of the past: it might be a meaningless concept; it might be a figment of our imaginations; it might be in some sense actual but created and determined, in part or in toto, by us; it might be stable, or it might be shifting and unstable (i.e. dreamlike). Or it might be more or less how the vast majority of humans probably think of it: that is, as existing or having existed quite independently of us and our thoughts and desires; as stable and unalterable; as knowable only imperfectly and in part. Most of the listed options are quite silly, of course, but my point is that you can make the statement I made without necessarily committing to any particular view.

There was a second claim of mine to which Dan took exception, calling it “flat out false… [a]nd obviously so." He elaborated on his objections in an essay and, given that the essay prompted further extensive discussion (more than 160 comments), some may feel that the topic has been done to death. My view, however, is that, some recapitulation and clarification may be useful and help to allay confusion and misunderstanding.

The claim in question [made in the course of online discussion of an essay of mine] was that “the past is what it is (or was what it was).” I could elaborate on what I meant by this but perhaps the best way to unpack the intended meaning without inadvertently bringing in new complications is simply to look at the context in which the claim was made.

A commenter, reacting against my skeptical attitude to the stories historians tell and to my suggestion that we should focus instead on reading for ourselves texts from the past, had queried my use of certain words (‘external’, ‘alien’, ‘arbitrary’) in describing how historians often project their own (political, moral, etc.) preoccupations and values into the stories they tell about the past, preoccupations and values which are often quite alien (as I put it) to the people and societies being described.

“All of these words,” he said, “are puzzling to me: ‘external’, ‘imposing’, ‘alien’, ‘arbitrary’. Consider me unpersuaded.”

“The past is what it is (or was what it was),” I replied. “Our present, from the point of view of the past, does not exist. I am using words like ‘alien’ and ‘external’ to make this point. I assume that we both want to understand the past in its own terms; as it was; distorted as little as possible by present-day preoccupations and perspectives. Thus my concerns (overdone in your estimation) about historians wittingly or unwittingly inserting their own values or the values of their time into the stories they tell."

I said that we want to understand the past “in its own terms” and “as it was.” Taken in isolation I concede that this latter phrase especially could be seen to imply the naive view which Dan ascribes to me. But I explained my meaning in the words which immediately followed: [we want our view to be] “distorted as little as possible by present-day preoccupations and perspectives.”

This is why I recommended focusing on primary sources, reading the actual texts from the past in the languages in which they were written. Will we be able to understand them in exactly the same way their authors understood them? No. Our experiences are very different. But scholars who immerse themselves in the writings of a particular period are able to achieve a very good sense of the perspectives of the original authors.

So when I spoke of the past “as it was” I was not talking about a perspectiveless, abstract or noumenal past at all. I was talking about the actual perspectives of actual people who lived and spoke and wrote and some of whose writings we have access to and are able to read.

There was also some discussion of the very distant past, before the advent of observers. Obviously, envisaging this poses greater problems because you cannot talk about the perspectives of the time, and compare or contrast them with our own. There were no perspectives then.

I want to turn now, albeit briefly, to some broader issues and specifically to a piece written some years ago by Daniel Kaufman entitled “Knowledge and Reality” which came up in the discussions described above. It begins as follows:

“If you were to go to the trouble of asking ordinary people about their views on knowledge and reality – accosting them, at random, on street corners, perhaps – and succeeded in getting honest answers, you would likely discover that they hold something like the following view: What it is to know something is to possess some body of information – to have a “picture” of thing – that squares with or is true to reality. If you were to push further, regarding ‘reality’, they would likely characterize it along the lines of “everything that actually exists” (the ‘actually’ intended to preclude imaginary and fictional things like unicorns and Sherlock Holmes).”

The crucial issue here for me is a matter of underlying assumptions and perspective. I see my body as an intrinsic part of the physical world and my “self” as the creation of a (physically instantiated) culture. This culture is just as much a part of reality as anything else.

Cultural products – languages, artworks, nursery rhymes, fiction, music, etc. – undeniably constitute a part of reality; and Sherlock Holmes stories and unicorn legends are part of this reality. Obviously the characters and creatures featured in these stories are not real in the sense that real people or real animals are real (though small infants are unable to grasp this). But, as imagined characters and creatures, they are components of the real (and physically instantiated) cultural matrix in which we happen to exist. A cultural matrix of some kind is, of course, a necessary condition for our existence as persons and for our functioning as human beings.

The world is a single world. (At least I see no reason to think otherwise.) It includes myself and others and language and culture as well as all the fundamental processes upon which physics and other sciences are focused.

Though all worthwhile discourse will (in my opinion) be consistent with the findings of science, it will not necessarily be scientific, even in a broad sense of the word. The trick (as I see it) is to feel the pulse and appreciate the potency of language and other mechanisms of cultural expression without metaphysicalizing these processes in any way. (Without falling for Romantic myths about art and artists, for example.)


[This is an abridged version of an article originally published at The Electric Agora.]
Posted by Mark English at 1:45 AM No comments: