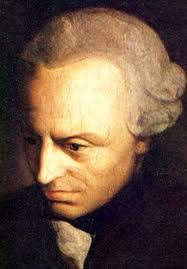 David Ottlinger has (as I see it) sound intuitions about the nature of postmodernism and other unfortunate intellectual fads and fashions but, as a committed Kantian, he inhabits a very different intellectual world from the one I inhabit. Given his Kantian assumptions, it is no surprise that he has very different views from mine concerning what philosophy and serious scholarship more generally is or should be. He recently wrote a piece claiming that "all philosophy is activist philosophy."

He mentions, amongst others, the Utilitarians: "Jeremy Bentham and John Stuart Mill were not just writing about prison reform. They wanted to reform actual prisons. English prisons. On Fleet Street. Will anyone raise their hands and say that their works are unphilosophical? Or unscholarly?"

Certainly much of the writing of Bentham and Mill is philosophical (encompassing social philosophy, philosophy of law, etc., etc.). This work may plausibly be deemed "scholarly". But there are different senses of the term "scholarship" and its cognates.

This definition of scholarship (Collins English Dictionary) picks out what I see as essential: "Serious academic study and the knowledge that is obtained from it." Unlike science, scholarship is text based. But, like science, it is all about research, about building a body of soundly-based knowledge. It is not (primarily) about changing the world. This distinction (between knowledge and understanding on the one hand and social action on the other) matters.

Even at their most abstract, most philosophers want to change the world. I have always assumed that Christine Korsgaard actually wants to build the kingdom of ends. Axel Honneth actually wants us to recognize one another.

Philosophers are indeed often most concerned with normative questions, and often this is associated with a desire to change the world in particular ways.

My point is simply that there is a tension between such approaches and traditional, secular notions of scholarship. What scholars (as people) value or want is irrelevant to judging the value of their work as scholarship.

Much writing – old and new
– which is classed today as philosophy is decidedly not scholarship (at least in certain well-accepted senses of the term). This does not necessarily mean that it has no value, of course.

Without his scholarly training, Nietzsche would not have been Nietzsche, and you could say that he was a "scholarly" writer. But the work for which he is known is not scholarship.

Here Ottlinger sets out his views concerning what ("in part") philosophy is:

Even when they don’t have consequences that would dictate changes in our material circumstances or our politics, philosophical ideas matter. They shape our attitudes and values. Two people can be sitting staring at a book, occasionally turning the page, yet only one of them is reading. In the same way two people can be going through the same lives, working the same jobs, having the same sort of families but yet have deeply different inner experiences. They might be leading totally different interior lives. One might be rich and fulfilling, the other barren and empty. Philosophy deals, in part, with these kinds of differences.

The emphasis – as with religion – is on the "inner life". This aspect complements the previously-discussed activist aspect, presumably.

Like David Ottlinger, I am interested in values, but I don't see them as being accessible or amenable to reason (and, by extension, scholarship) in quite the way he does.
Posted by Mark English at 8:06 AM No comments: