Culture and language: some personal reflections 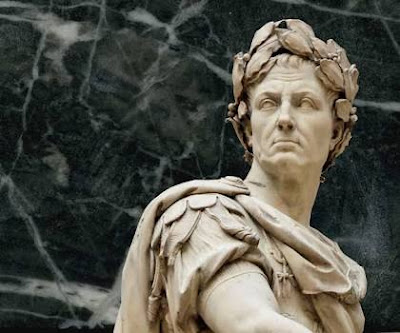 Much is written about shared narratives and their role in creating a common culture. But what is a culture?

The idea of a common culture – whether that culture is defined in regional, national or supranational terms – is an idealization and necessarily vague and imprecise. This fact needs to be recognized. But it does not entail that clear and definitive claims about culture cannot be made. One way of making claims more precise is to focus on specific cultural elements. My background in comparative literature and linguistics leads me to focus on language.

Language is central because, without language, distinctively human forms of social practice would not have arisen. Take early ritual burials, often seen as markers of emerging human consciousness. Clearly, some kind of shared narrative is at work here; a shared notion of an afterlife for which the deceased is being prepared. Such a sophisticated narrative could not have existed before our ancestors developed a capacity for language.

There is a huge gulf between the linguistic or semiotic capacities of humans and other animals. All known human languages (apart from pidgins) share an equivalent degree of structural and grammatical complexity. Presumably language did not come into existence all at once and fully-formed, but evidence for hypothetical, intermediate forms is unavailable and we can only speculate regarding the communicational powers of pre-modern humans and other hominins.

There is an important distinction between a (natural) language and the more general and abstract concept of human language which parallels the distinction between a culture and human culture in general. All actual linguistic phenomena occur within a specific linguistic context, of course. But languages share common elements and/or structural features with other languages, so the idea of a language is not a simple one and is not without its problems.

In what sense does a language exist as distinct from particular instances of language use? Spoken words and written texts are generally assignable to this language or that, but precise boundaries are impossible to draw. Grammars and dictionaries try to do this but they can never reflect the constantly shifting contours of actual linguistic practice which always depend on the knowledge and behavior of individual speakers. In the final analysis, then, what we have is a set of unique and (to a greater or lesser extent) overlapping idiolects. We find it convenient, however, to group sets of idiolects into what we call dialects or languages. (Noam Chomsky and many other linguists have explicitly endorsed this idea.)

If a language is difficult (or impossible) to define, the notion of “a culture”, being more general, is even more problematic. But something similar to an idiolect-based approach can help us out. Each of us can be seen to represent a unique cultural mix. What we call “a culture” is represented by a set of (potentially communicating) individuals whose cultural knowledge and practices are similar in certain respects.

Though only limited precision is possible when talking about particular cultures, it helps if the primacy of the individual (in the sense explained above) is borne in mind. Consequently, a bit of personal history may help to flesh things out.

I went to a high school which had a strong classical focus. Latin was considered an important subject. We read Book IV of Virgil’s Aeneid, the letters of the Younger Pliny (not recommended) and extracts from Julius Caesar’s Commentarii de Bello Gallico (an account of his military campaigns in Gaul).

The older boys had studied classical Greek as well as Latin, but Greek was phased out. We were aware that Latin also was being marginalized in the broader educational culture. Fewer and fewer students were taking up Latin and, of those who did, fewer and fewer were taking it through to their final high school years.

Language lies at the heart of culture and knowing Latin gave us a sense of being part of a long tradition of Western cultural life. Being exposed to the actual words of cultural forebears who lived in a world untouched by Christian philosophy and yet which did not seem completely alien challenged us in subtle ways. This is an aspect of classical learning which is not always appreciated. Classical values (despite attempts by later thinkers to Christianize them) are opposed in quite fundamental ways to the moral spirit of the New Testament and, by extension, to the underlying values of the many social and political movements that were founded upon and driven by secularized versions of Biblical ethics and eschatology.

Elements of classical culture permeated ordinary life in ways that are difficult to conceive today. The details, taken individually, seem trivial: Latin words and phrases were used in English more than they are now; likewise classical references in English idioms were once more common (like “crossing the Rubicon”). And historical figures were routinely alluded to. I don’t know if “Great Caesar’s ghost!” was ever actually a common exclamation, but it certainly was a successful 20th-century popular culture meme. Significantly, in the 1990s television series, Lois and Clark: The New Adventures of Superman, the Perry White character says, “Great shades of Elvis!” instead of “Great Caesar’s ghost!”.

One of the things that characterized European cultures in previous centuries was a fairly widespread knowledge of Greek and Roman myths and legends. You can’t read much literature in English or other modern European languages or appreciate the visual arts without at least a cursory knowledge of these stories.

Strangely, even in the 20th century, the names and images of Greek and Roman (and Scandinavian) gods and heroes were very popular and effective marketing tools for selling consumer products. Or even football teams (e.g. Ajax Amsterdam).

As a love goddess, Venus was always popular. Some years ago, a local firm, Venus Packaging, got rid of their old, sexist logo which incorporated a shapely silhouette with the tagline: “That’s packaging!” On a more sober note, STDs used to be called venereal diseases.

Fables (going back to Aesop and beyond) and fairy tales were generally better adapted for children than Greek myths and were woven deep into the fabric of life. I recall getting off a train at London’s North Wembley station (which was near where I then lived). I was in the back carriage and had a long way to walk down the platform to the exit gate. As I passed through, an elderly white woman was telling the story of “The Tortoise and the Hare” to the young, black ticket collector (an immigrant from the Caribbean). Obviously, she had made an allusion to the fable (she being the tortoise), which he had not understood. It was a poignant scene, especially given the race-based social and political frictions which were beginning to manifest themselves in parts of London and other English cities.

A sense of regret for the loss of shared stories and traditions has nothing to do with racism. It applies within all ethnic or racial groups and across them. But it also reflects a particular view of culture which my literary education happened to reinforce.

“The term culture,” wrote T.S. Eliot in his Notes Towards the Definition of Culture, “includes all the characteristic activities and interests of a people; Derby Day, Henley Regatta, Cowes, the twelfth of August, a cup final, the dog races, the pin table, the dart board, Wensleydale cheese, boiled cabbage cut into sections, beetroot in vinegar, 19th-century Gothic churches and the music of Elgar. The reader can make his own list …”

As I see it, without a rich, common culture, not only does a society become less interesting, it becomes less resilient. It fractures. And this is precisely what we are seeing in the United States and many Western countries today.

No doubt there are many causes of and explanations for the social and political problems we are currently witnessing, but the marginalization of shared, traditional stories is undeniably a significant factor. Given the nature of our brains – given that they are narrative-consuming and narrative-generating engines and that our sense of self and meaning and purpose are narrative-dependent – the loss of one set of stories will make space for another. How one characterizes and interprets the current changes will depend on one’s ideology which in turn depends on the stories which one has internalized over a lifetime.

A part of me (my non-scientific, emotional side) sees a toxic mix of manufactured slogans coupled with ad hoc narratives rushing to fill the vacuum left by the loss of traditional and organic modes of thought and practice.

This judgment is tempered, however, by an awareness of the essential transience of languages and cultures, and a belief that what is truly valuable in what has been lost, culturally speaking, will – for as long as humans continue to exist and thrive – always manage to find new forms of expression.

[This is a revised version of an essay first published at The Electric Agora.]
Posted by Mark English at 3:05 AM No comments: