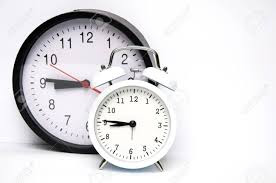 A confusing and (arguably) confused article about time which appeared late last year at The Electric Agora prompted me to set out a few of my own thoughts on perceptions of time and time and language.

There is the physics of time (that is, time as it is dealt with and understood in the context of physics) and time as we experience it. Natural languages provide subtle means for dealing with the latter.

There is no absolute dichotomy here, however. The physics of time cannot be totally divorced from our experience of time, though the connections may be convoluted. All our experiences of time involve the mechanisms of memory and various systems within the body which keep track of time at various scales.

Physics is an empirical discipline, one among many. I am committed to a consilient view of the sciences and intellectual inquiry more generally. Discipline boundaries should not be seen as rigid. They are largely matters of convenience, practicality and organization and a process or phenomenon can often be approached from various directions and dealt with in different – and complementary – ways.

We experience periods when time seems to pass more quickly or slowly than normal. The former tends to be associated with pleasant or absorbing activities and the latter with pain or boredom. And we have the sense that time in general and, especially, longer periods of time pass more quickly as we age. These are, and are clearly understood to be, subjective phenomena.

Moreover, fast and slow are intrinsically relational ideas. If last year seemed to rush by, it is only by comparison with how we remember previous years. And a slow motion or time-lapse photography-based film can only be identified as such by contrast to the pace of events in the real world with which we are familiar.

There is another sense in which time can be said to go faster or slower. Different kinds of nervous and perceptual systems run on different time scales. For example, we find flies and many small animals very hard to catch. Their perceptual and motor systems run faster than ours. It is as if to them we are lumbering giants living in a slow-motion world.

There are some important facts about time which were discovered in the 20th century which are very puzzling but which can be known and accepted by anyone, including those without any training in theoretical physics. For example, we know by experiment that synchronized clocks do not stay synchronized under certain circumstances (relating to motion and exposure to gravitational fields). If two clocks are synchronized at a given place and one of them is sent off on a journey in space and then brought back, the space-travelling clock will register significantly less time having passed than the other clock. And a clock exposed to a stronger gravitational field than another clock with which it has been synchronized will register less time having passed than the other clock when the clocks are reunited.

These facts have important implications for how we think about time. This becomes clear if you substitute living human bodies for mechanical clocks. An astronaut who travels on a long space journey and returns to earth will be younger than his twin who remained at home.

A natural interpretation of the end result is that time (from the point of view of the stay-at-home) has passed more slowly for the astronaut, and (from the point of view of the astronaut) has passed more quickly for his twin. Such claims need to be clearly distinguished from claims about the other person’s experience. Quite obviously, the claims do not relate to the experience of time passing or the experience of aging. They represent perspectival views and constitute a natural gloss or commentary on the basic facts.

Has the astronaut travelled to the future? In a real sense, he has. But, again, there is scope for confusion and misunderstanding here.

Of course, there is often a tension between scientific and commonsense perspectives. The latter are inevitably shaped by language as well as by other inherited modes of thought. Applying a language which evolved to deal with certain limited sets of possibilities to situations which involve contingencies which transcend these limits inevitably poses problems. And these problems are all the greater if we are dealing not just with incremental technological developments but with ideas, circumstances and possibilities which are radically new and which lack analogues in the world within which language originally evolved.

I am not questioning the adequacy of ordinary language for ordinary communication nor its adaptability and flexibility in the face of technological change and development. When it comes to the physical and social world as we normally encounter it – and to our perceptions of time – language works just fine.

There is great variation in the way different languages deal with time. Some languages are tenseless (e.g. Burmese, Vietnamese, Thai, Malay and most varieties of Chinese) and have other ways of dealing with time but, in most languages, the grammatical category of tense plays a central role. The category of tense interacts with aspect and mood in complex ways which vary from language to language, allowing precise, time-related distinctions to be made. The complexity and sophistication of the grammatical structures involved testify to the importance that a command of the subtleties of time (and perspectives on time) have played in human thought and interaction over many millennia.

More complicated cases involve absolute-relative tense. This involves reference to a time which is related to a temporal reference point which is not the moment of utterance; this temporal reference point is, in turn, related to the moment of utterance. So you are in effect juggling three points or periods in time. The main kinds of absolute-relative tense are future perfect, past perfect, future-in-future and future-in-past.

The future perfect, for example, involves reference to a time located before a contextually determined temporal reference point that must be located in the future relative to the moment of utterance. (“He will no doubt have forgotten about it by the morning.”)

The inferences involved in conditional sentences are often time based. Past perfect tense is often involved. (“Had he been here when you passed, you would have seen him.”) Or the future perfect. (“If she completes the task by tomorrow afternoon, she will have proven herself.”) Note that a particular view or “map” of the structure of past, present and future is implicit in these forms of expression, and the logic of the sentences rests upon a shared understanding of this time “map”.

In addition to these and similar grammatical structures, there are also many common idiomatic expressions which pertain to how we experience time. Such expressions are almost invariably metaphorical. Crucially, they are generally taken as such, and are not seen as literal or metaphysical or proto-scientific claims. The same can be said for many common expressions about the natural world which, taken literally, are in conflict with a scientific understanding but which, used in the normal way, are perfectly acceptable. (Sun rising, wind blowing, etc..)

Time may not literally “pass” or “flow”, but these and similar expressions capture something of our experience of inexorable change.
Posted by Mark English at 8:05 AM No comments: