A few thoughts on intellectual history, abstraction and values 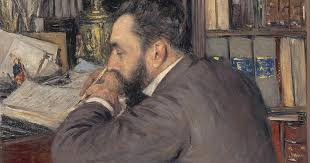 Terms like “pragmatism” as it applies to philosophy and the history of ideas – most isms really – are intrinsically vague and useful only to the (necessarily limited) extent that they help to bring out persistent or more fleeting strands or commonalities in thinking within or across populations.

Even the views of individuals are often difficult to fathom and characterize accurately. That these views generally change over time, from book to book, from article to article, from diary entry to diary entry, makes the task even harder.

Nor is any one thinker’s work privileged over another’s. Judgments on the intrinsic merits of individual works or of the merits of particular thinkers are very difficult to make in an objective manner.

But individual thinkers can be readily assessed according to the compatibility of their views with the findings of contemporary and subsequent scientific and scholarly investigation. Certain thinkers can also be shown to have been more influential than other thinkers. Unfortunately there is very little correlation between these two vectors. Sometimes it seems that an inverse correlation between compatibility with science and personal influence applies.

In my view, there is no grand narrative and no abiding canon. We find ourselves with respect to the history of ideas – just as we do with respect to any and every aspect of this relentlessly evolving world – in the midst of complexities which can only be satisfactorily “simulated” or modeled by the reality that is generating them. The best we can do is make marginal notes.

Rougier’s works are not on anybody’s essential reading list today. He made some bad career moves and got pushed aside, but he was a rising star in the 1920s and a very influential figure in the 1930s. You want to pigeonhole him? Not possible, I’m afraid.

Rougier was aware early on of the thought of William James (whom he read in translation). It was James’s version of pragmatism that he singled out for attack as a young man, but which arguably was not all that far from his own developing views. As Rougier himself often pointed out, intellectual history can be seen as a dense network of ironies and contingencies.
____________

There is another angle to this. It relates to the nature of language. I see natural language as something that evolved for specific reasons and which is well suited to certain uses (e.g. storytelling and facilitating and coordinating social interactions of various kinds) and not so well suited to other uses. In particular, I am wary of the dangers of using abstract concepts in a relatively unconstrained way as often happens in theology and philosophy.

Common concrete nouns involve abstraction. There is no instance of a dog that is not also a particular animal of a particular breed or mix of breeds; or of a table that is not of a particular type and size and shape and color etc.. Such words, however, are clearly both semantically constrained and useful. Common abstract nouns are also useful as a sort of linguistic shorthand.

The trouble is that we have a natural tendency to hypostatize concepts and this has led, variously, to myth, ideology, philosophical puzzles and the elaboration of metaphysical systems.

Mythic elements in our thinking are unavoidable. Likewise ideology to an extent. Our brains just naturally generate value-laden narratives. Beyond this we are, as language users, committed to certain rudimentary metaphysical assumptions associated with grammatical structures that can lead to philosophical puzzles or pseudo-problems. But the deliberate construction of free standing or self-contained metaphysical systems is something else again.

The formal sciences take us further from natural language than empirical science generally does. Abstractions in mathematics and logic take their meaning from, and so are constrained by, the rules of the systems involved. They are, as it were, contained within the system. What Rudolf Carnap referred to as “external” questions about these concepts are misguided and ultimately meaningless.

I would not want to commit too strongly, however, to a distinction between the formal and the empirical. Many developments point to a blurring of the distinction. For example, pure mathematical structures have long been known to play important roles in modeling physical reality. And, of course, the rapid development of computers and artificial intelligence is changing the nature of mathematics, arguably moving it closer to empirical or applied science. Algorithmic information theory is a case in point, focused as it is both on practical problems and on deep questions concerning the fundamental nature and limitations of computation and mathematical thinking (i.e. on metamathematics).
____________

Moral, social, political and aesthetic values and convictions can be described but ultimately cannot be derived or justified scientifically. Moreover, discursive reason cannot be applied in any really comprehensive or extensive way to normative questions without creating drastic distortions and oversimplifications. Discursive reason operates on one level; values on another.

Whenever I read a philosophical text on normative questions which is framed in terms of arguments mounted in standard philosophical style I rarely get beyond a couple of paragraphs before a move is made which appears unmotivated or to which I object for one reason or another. Historical approaches make more sense to me, especially when they are (or aspire to be) purely descriptive.


[This piece is an extract (slightly modified) from an essay of mine which was published at The Electric Agora.]
Posted by Mark English at 1:11 PM No comments: