Epistemic relativism in a digital world 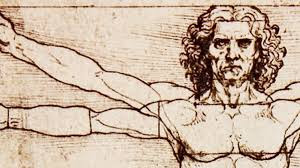 Extracts (slightly revised) from an essay of mine which appeared earlier this year at The Electric Agora under the title "Thought control and cultural decline".

[...] One consequence of the cultural and technological changes we are seeing is that the line between political activism and research and knowledge sharing has been erased – at least in many areas. Journalistic and publishing standards have plummeted, obviously. But it is the failure of the universities and other institutions of science and scholarship which is particularly galling for me. The institutions which I most respected – and to which I devoted many years of professional life – are being compromised and debased. Whatever could be politicized has been politicized and in very boring and predictable ways. The trends have been obvious for decades, but I had no idea just how fragile the commitment to science, scholarship and truth-seeking was, both within academia and in the broader community.

At the heart of the problem, as I see it, are postmodern and pragmatic views on truth and history. For whatever reason or reasons, such views have been energetically promoted by academics and school teachers, and they now pervade the broader society, contributing to the failure of political discourse. Everything is being reduced to rhetoric and the here and now.

I am not saying that there are not serious flaws in traditional ways of seeing the world. There are. But, for me, it’s a baby and bathwater thing. If we abandon the path of consilience and convergence in the realm of knowledge, we are ultimately condemning ourselves to intellectual impotence and irrelevance.

This is just rhetoric, you may say, and so it may be. I have not proved anything here. But my claim is a substantive one. It is a claim about the past and a prediction concerning the fate of cultures which abandon traditional epistemic values. The basic idea or intuition behind it is that epistemic relativism facilitates ideological fantasies which in turn lead to a disconnect between cultural and economic realities.

With respect to our future, time will tell. The intellectual fashions of which I speak could conceivably pass as the generation that has promoted and popularized them slowly dies off. But the signs are not good. Great damage has been done.

Maybe these tendencies of thought (mutating now in grotesque and seemingly crazy ways) are best seen as epiphenomena driven by economic forces or by the physics of complex systems. Maybe it doesn’t even make sense to claim that certain ways of thinking caused or contributed to this or that. Nonetheless, we can always observe and describe. Clarity and perspicacity are possible even when we cannot see into the heart of things or identify the root causes of the changes which we observe.

The advent of digital technologies has compounded the problem and given added traction to relativistic and ahistorical modes of thought. Traditional scholarship was developed within the context of linguistically sophisticated cultures and centered around paper documents which persisted over time. A sense of history was built in. You held firm evidence of the past in your hand, and many of the most important and influential fields of scholarly research dealt with historical (and historico-linguistic) questions. Objective evidence was painstakingly marshalled and deployed. And, over all and over time, epistemic progress occurred. There was a convergence of views on central questions.

The savagery with which scholars were treated during Mao’s Cultural Revolution or by the Khmer Rouge can be seen in this context. It showed how seriously scholars were still taken in the Far East less than fifty years ago. They were perceived as a real threat to forcibly imposed radical ideas.

We are now in an utterly different world, of course. Today’s all-enveloping digital environment makes it relatively easy for history to be rewritten, for minds to be molded at will and at scale. What could be more insidious – and more destructive of individual autonomy – than opaque, monopolistic systems skewing searches for information in order to promote particular views and agendas, and using AI to monitor personal communications and manipulate what people will and won’t see on their screens?

I would like to resist, but don’t see how I could do so effectively. Institutions of learning have been hijacked by ideologues and self-serving bureaucrats. More generally, the common ground which makes effective discourse possible has all but disappeared.

What, then, can one do? Join a rhetorical battle which by its very nature will never result in a clear or decisive outcome? Or withdraw, watch and wait – while cultivating one’s garden?

Posted by Mark English at 8:32 AM No comments: