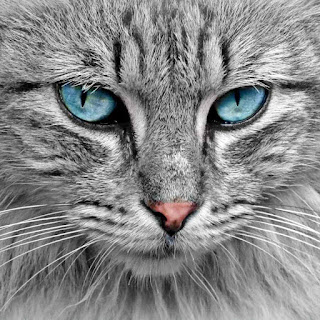 Speculations about the impact of AI and imagined technological utopias or dystopias necessarily draw on – and reveal a lot about – our fundamental assumptions about human nature. Robert Gressis recently wrote a piece on these themes.

Though his approach is open and undogmatic, his basically metaphysical (and indeed Kantian) assumptions show through. In my opinion, they are counterproductive and create unnecessary problems and confusions.

“I tell myself,” he writes, “that we are not mere playthings of nature, but are instead rational beings who can and should conduct themselves in a certain way, lest we dishonor our dignity.”

Our dignity lies, as he sees it, “in rising above nature.” This just doesn’t make sense to me.

Nor does any notion of “free will” which goes beyond the ordinary (and legal) sense of acting freely (i.e. being of sound mind and not being coerced).

What’s more, ideas like “rising above nature” – and the (originally religious) notion of free will – are quite unnecessary. In fact, I would go so far as to say that only in their absence can we maintain a robust and reasonable conception of human dignity.

The only dignity that counts – or indeed makes sense – is that which is exemplified in behaviour. It relates to how we conduct ourselves (given all the constraints etc. which inevitably apply in specific situations).

Do we behave like egomaniacs or spoilt brats? Or do we apply a modicum of intelligence to our activities, exercising appropriate restraint, self-discipline etc.? Are we sensitive to the needs of others? Are we responsible and trustworthy? These are the sorts of factors which determine whether or not human dignity is being exemplified.

And – significantly – AI does not challenge us in these sorts of matters. Morality and other value-related matters are distinctively human – and will remain so.

Gressis makes a comparison – and contrast – between between future redundant humans and pets.

“[...] I think the utopia-worriers—the people who fear that an AI-fueled paradise will be unsatisfying—are fearful because they think it should be unsatisfying. But should it be unsatisfying? Pets have guided my thinking on this question. I look at my cat, and I joke, “you get paid way too much.” The point of the joke is that I’m expecting more from my cat than he can give. Sure, he’s cute and I like petting him, but he doesn’t do anything useful, like killing bugs. Instead, he just lies around, gets some scritches, and licks his genitals.”

The analogy is amusing. But the crucial point here, I think, is that pets are quite different from us. They don’t have our range of freedom. They are more hard-wired than we are. And, of course, they don’t have language.

Gressis writes: “If the AI-optimists are right ([…] big if, but it doesn’t seem impossible), then there will come a time when humans will be as useful as pets. Our use-value will consist almost entirely in our ability to entertain each other.”

Not just to entertain but to communicate and interact in multiple ways. To challenge, to love, to annoy, to betray… Again, it’s the moral realm (broadly conceived) that counts – and always will count – for us. And it cannot be usurped by any technology.

AI taking over various jobs is obviously threatening from a financial and psychological point of view for those who earn their living and/or derive their self-esteem from jobs which AI threatens to replace. But this is simply an extension of a familiar pattern which is evident throughout history – at least during periods of rapid technological progress. The only difference now is that it is not just manual and low-level office workers who are being made redundant but also professionals.

For me work is just another unfortunate necessity; something one has to do to earn a living, support a family, build up savings. Most of my – rather patchy – working life was spent teaching in universities. It was (much of the time, at any rate) reasonably congenial and pleasant. But, even when things were going well, professionally speaking, my sense is that I generally only experienced happiness during idle moments and via not-directly work-related interactions rather than through my actual work or (admittedly modest) professional achievements.